Dark-coated animals tend to linger in shelters the longest, and in many cases the first in line to be euthanized. If you are interested in a black lab, black mixed breed, or black cat, please contact us ASAP. There are so many that need homes NOW. All the babies below were rescued by Angels On Wheels Animal Rescue and have now found their forever homes. Thank you to everyone who gave these sweet beauties below wonderful homes.

Did you know? Both the black cat and dog are doomed when they are brought to a pound because black animals, particularly black labs or lab mixes, are euthanized at a horrifying rate at many pounds and shelters because people pass them up for lighter-colored dogs. If you are thinking about adopting a dog, please don’t overlook black dogs, because they are just as loving and wonderful as lighter-colored dogs!

Black dogs are commonly the last, if at all, to be adopted. Destined for death in many shelters, they are passed up for whatever reason.  Big, black dogs are often the last to be adopted from animal shelters — a phenomenon known in pet rescue circles as “black dog syndrome.”  To the uninitiated, the idea seems so strange — doggie discrimination? But among those in animal rescue circles, the phenomenon is commonplace enough to have earned its own name: “black dog syndrome.”  There aren’t a lot of stats out there on this, but  I think that every person that has worked in a shelter can attest that in shelters animals with black coats can be somewhat harder to adopt out — or to even get noticed.”  They’re the hardest to adopt out, they’re in the shelters the longest and therefore, they’re most likely to be euthanized if nothing happens.

Other of theories about why people might not want black dogs in animal shelters. It’s mostly an unconscious thing, she says, which may explain why black cats have the same problems finding a home. People who are aware of superstitions about black cats (don’t let them cross your path!) may also be unconsciously harboring superstitions about black dogs.

In British folklore, such as stories by Sir Arthur Conan Doyle and Sir Walter Scott, the black dog is a creepy, spectral figure that haunts cemeteries and is an omen of death. Another Englishman, Winston Churchill, battled serious bouts of depression which he called “the black dog.”

But some speculate that black dogs just don’t have the right look to catch the eye of potential adopters.  “Black dogs might appear older; even when they’re young, they have bits of facial hair that may be white or gray.   Some people turn in their black dogs to the shelters because they’ve gotten new furniture and don’t like the dark fur their pet sheds.

Too hard to see

But it may be the simplest reason that’s costing these dogs a good home — their black coats can make them invisible in poorly lit kennels. (Same problem happens with amateur photos on shelters’ Web sites, which is how many people find the dog they intend to adopt.)

Sometimes if a potential adopter sees a whole row of black dogs, they think, ‘Maybe they’re not being adopted for a good reason. Maybe there’s something wrong with these dogs.  So volunteers at some shelters put extra energy into getting their black dogs noticed. They place brightly colored, eye-catching blankets and toys in their kennels. At Bernstein’s shelters, they tie pink ribbons around the necks of the girls, and fasten big bow ties around the necks of the boys. 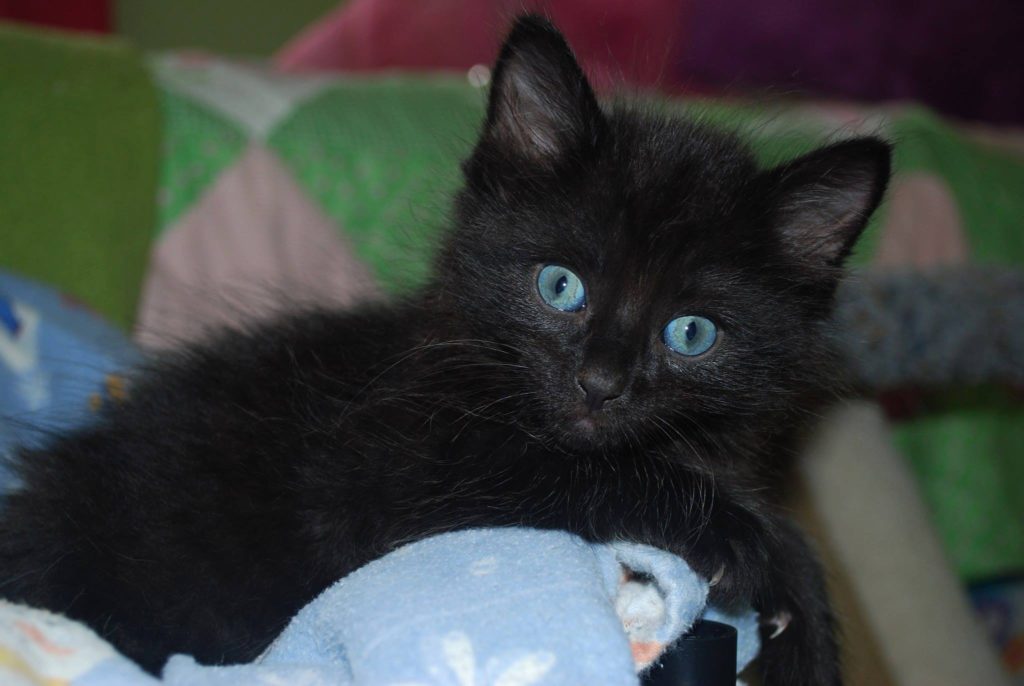 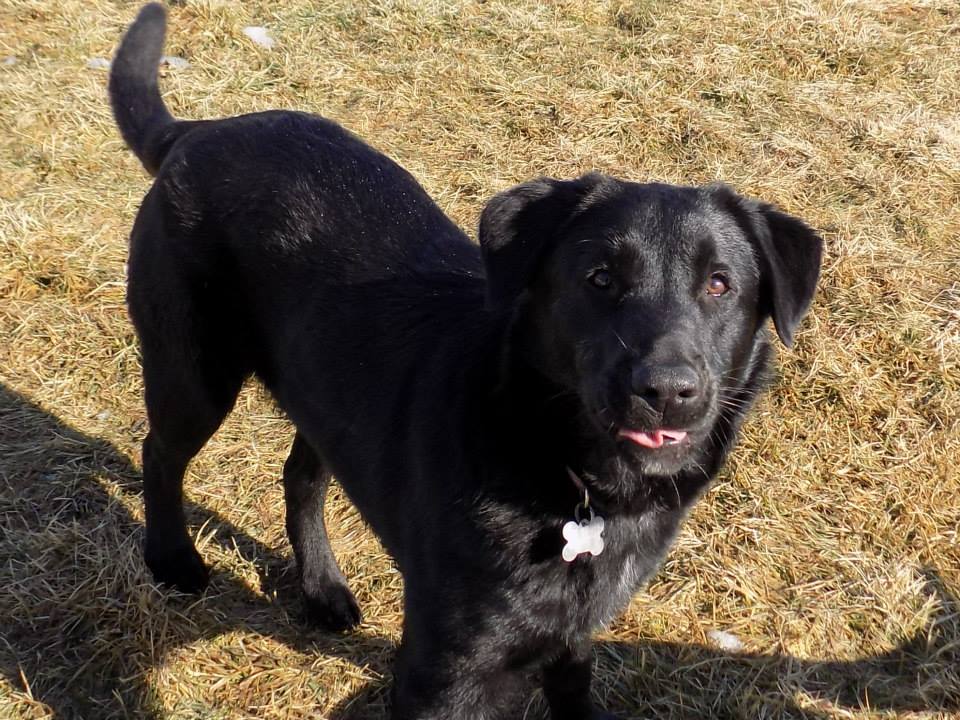 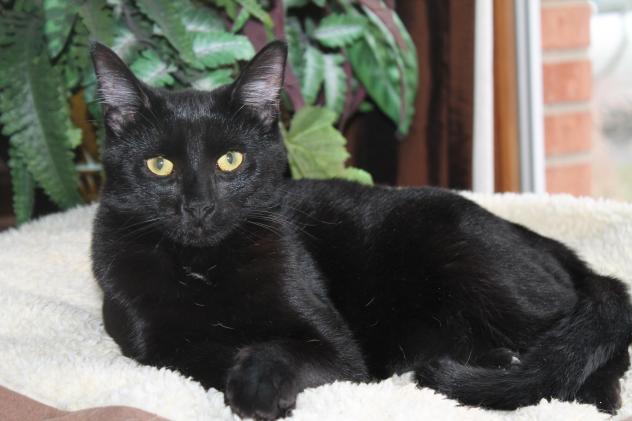 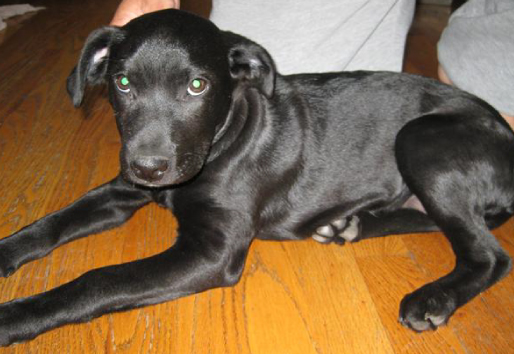 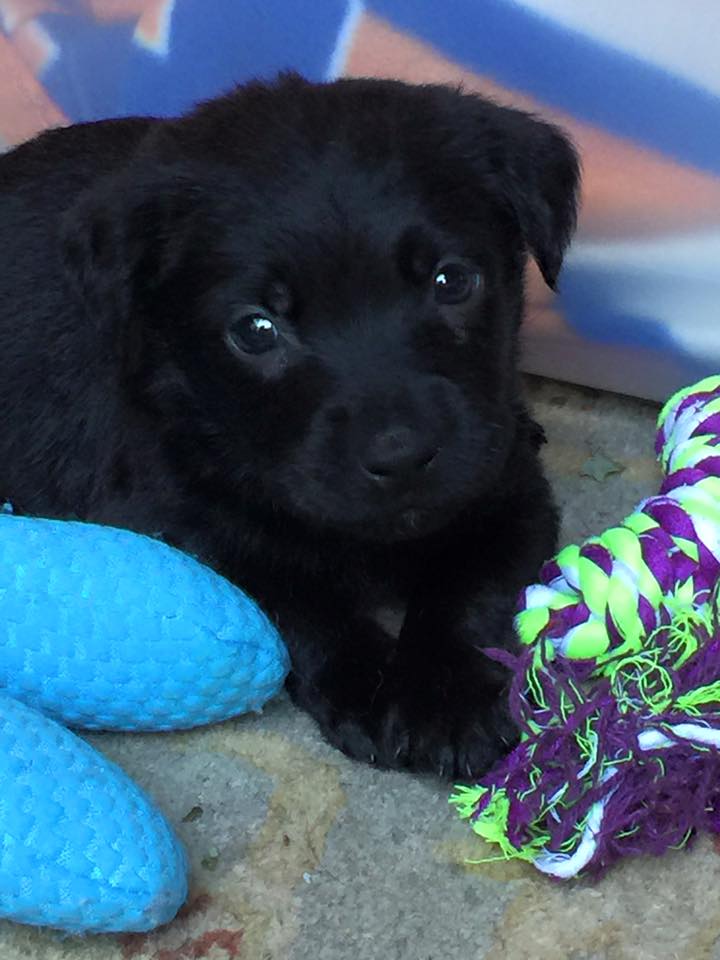